Lapras is a must-have Pokemon in Pokemon Go, largely because its one of the few Pokemon that can effectively take out the Dragonite that lurk towards the top of nearly every gym.

Porygon 2 is the Pokémon that cannot be found in the wild. It can be evolved with 50 candies and its unique evolution item—Upgrade. The pre-evolution, Porygon, can be found in the wild, but unlike other Pokémon, it doesn’t seem to appear in relation to any specific biome so getting your hands on one is 100% luck.

With great Stamina and Attack stats, Ampharos should eventually become a fixture in Pokemon gyms around the country. Although it has below average Defense, Ampharos has the second highest Stamina stat of any Electric-Type Pokemon, so it can absorb a bit of damage when attacking gyms.It’s not entirely clear yet which biomes this electric sheep Pokémon and its family prefer, but our best guess is mountain biomes.

Hailed as the new Dragonite, Tyranitar doesn’t disappoint with his excellent stats all around and his ability to be somehow even harder to obtain than Dragonite. Bite, its best quick move, takes care of common defenders like Gengar and Exeggutor while Stone Edge deals an incredible amount of damage to the many common Fire types.

This elusive Pokémon is aptly named as not much is known about it. It is known that Unown cannot be hatched from an egg, so it has to be caught in the wild. It seems that Unown only spawns in very specific areas, though no one has discovered the connection between these locations. On top of that, there are actually 28 different varieties of Unown that can be obtained making each variety the rarest Pokémon in Pokémon GO that can be obtained. 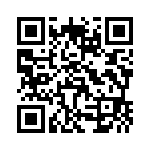